We will not tolerate any election fraud in 2024

The opposition National Democratic Congress (NDC) 2020 presidential candidate, John Dramani Mahama has vowed that his party will not tolerate any election fraud in 2024.

And that NDC party will do everything necessary to ensure that the 2024 general elections are transparent, free, and fair.

He claims that the NDC will not allow any party to deceive them in an election again.

“The party will not allow anyone to cheat them in the general elections of 2024, and they will not do anything to cheat any party,” he stated.

Mr. Mahama remarked this during a courtesy call on Togbe Afede XIV, the Agbogbomefia of Asogli State, at the Asogli Palace in Ho, as part of his “Thank you” tour, in Volta Region.

“My ‘do or die’ remark meant the deployment of processes for transparency and fair elections far away from the use of violence,” he added.

The former President stated that the people of the Volta Region owed him and the NDC a great debt of gratitude for their unwavering support throughout the years.

Mr. Mahama stated that his party valued the support of the region’s chiefs and people and would not take it for granted.

Despite all the harassment during voter card registration, border closures, and military invasions, he added, the votes they had in the current Volta Region increased by 113,000 votes in the 2016 election.

He claimed that the NDC received 84.4 percent of the vote in the Volta Area, the highest percentage of any other region in the country.

Mr. Mahama acknowledged that the region had contributed significantly to the NDC’s rise to power, and assured the chiefs that when the party returns to power in 2024, the region would be given a fair share of the national cake.

He dismissed accusations that the region had little growth while the party was in power, claiming that the region has seen enormous socio-economic development in areas such as health, education, water, electricity, and roads, among others.

Former President Olusegun Obasanjo praised Togbe Afede for his contributions to the country’s growth, mentioning the Asogli power plant as an example of how it helped the country during the power outage.

“That is why it is critical that we concentrate our efforts on the growth of our country.” We’ve had our fill of politics this year. “It’s past time to shift the focus to our developmental needs,” he remarked. 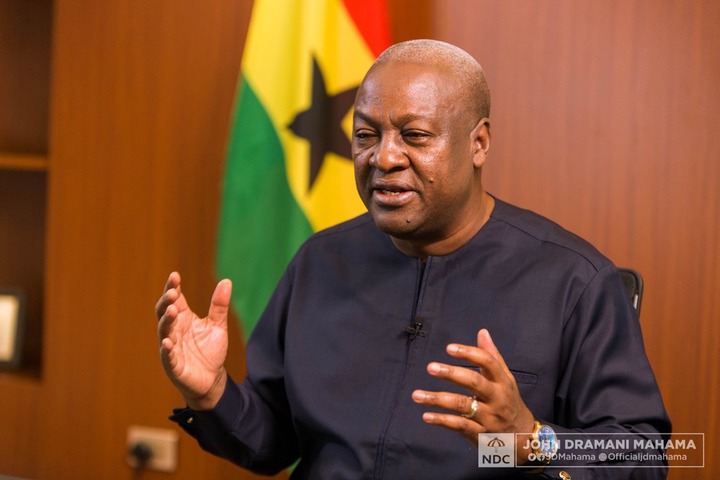