However, a portion of social media users have disagreed with Shatta Wale for mocking Arnold over material possession.

Meanwhile, some stated in their opinion on social media to discredit what Shatta Wale did and said he should grow up and stop acting like a child.

Some social media users further stated that Shatta Wale should stick to issues than attacking Arnold for the type of footwear he wore to the show. The price of Arnold’s footwear has got nothing to do with the issue they were discussing.

Arnold Asamoah got a lot of praises for maintaining a very calm exposure on the show and acted maturely.Arnold is really a gentleman and knows more about entertainment and he deserves to be praised for sticking to his opinion of extactly what is going on in the music industry and telling Shatta Wale the truth even though it was difficult for Shatta Wale to accept the hard truth.

See Below For Comments; 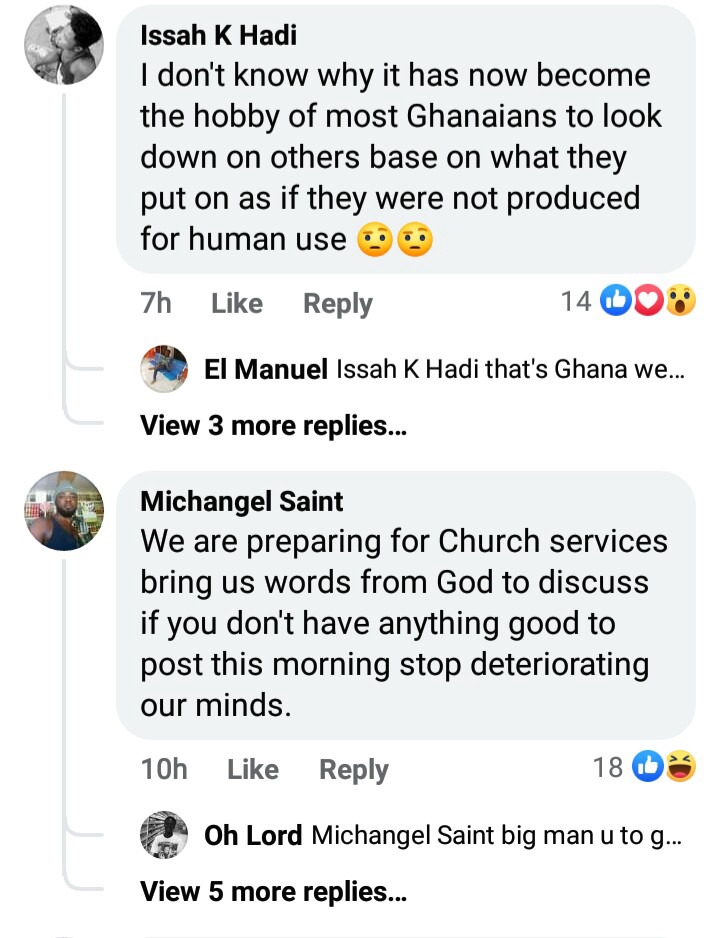 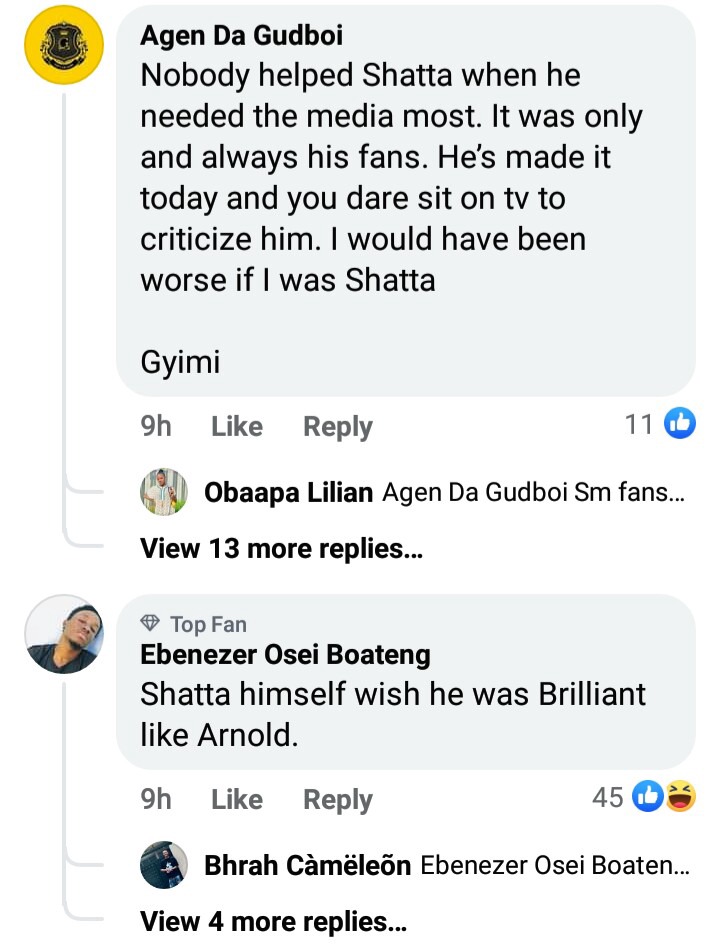 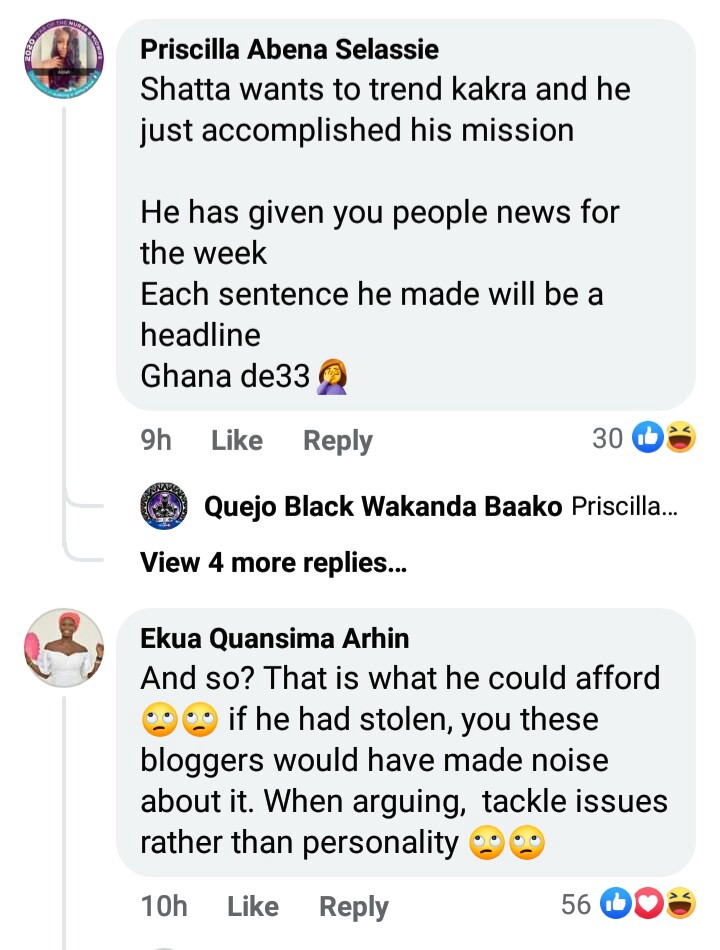 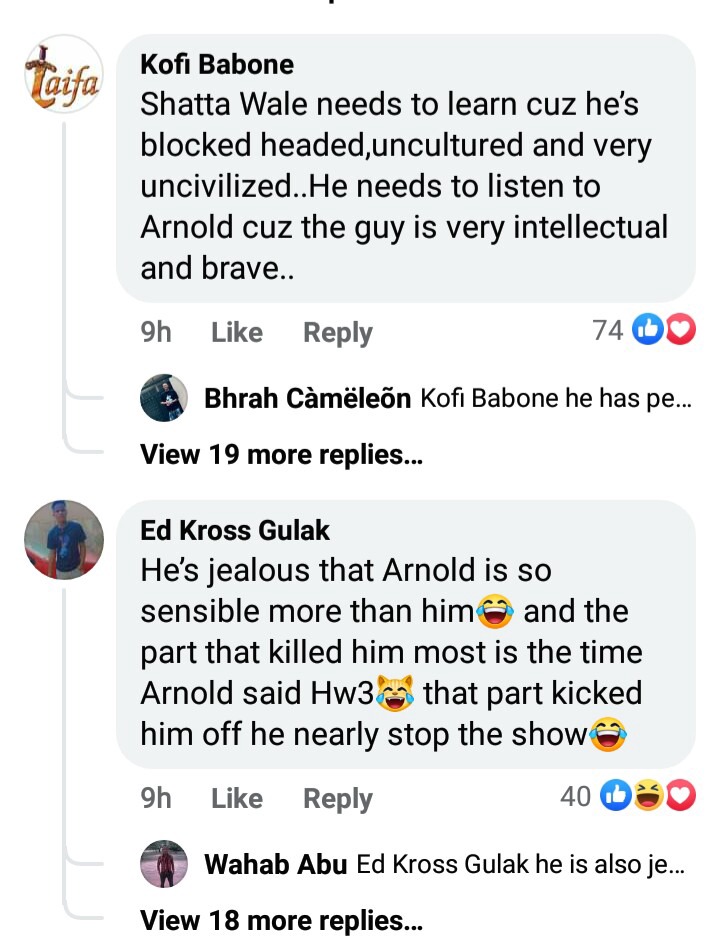 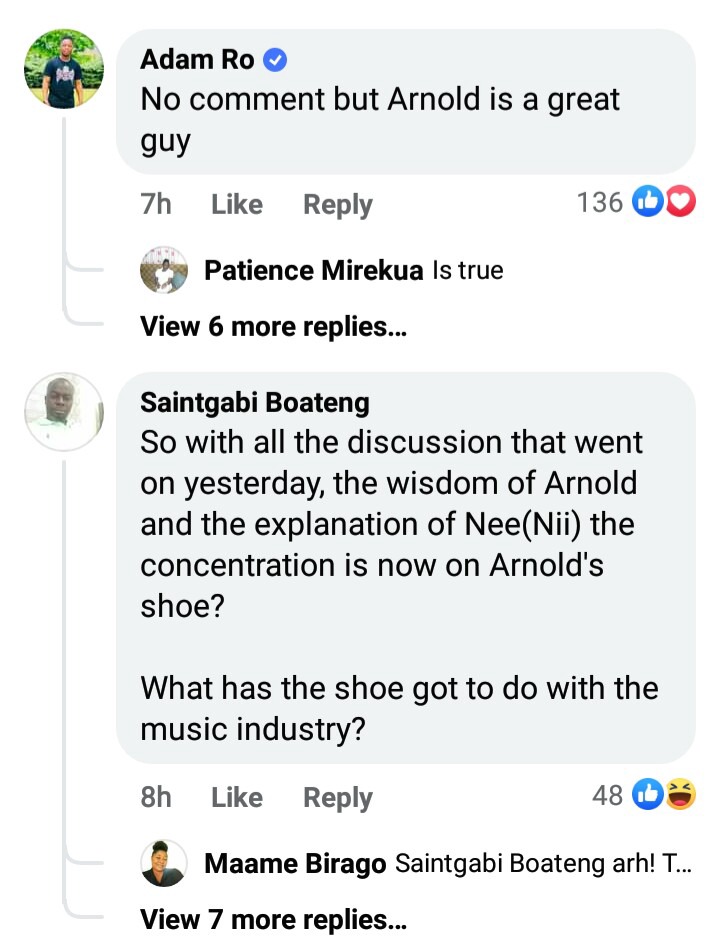