Ghanaian rapper M.anifest, diving into his career with CNN as people claim he uses big English in his rap.

However, the rap god MC whiles having a ride with my drive with M.anifest explained that, music is all about having good lines and bars in your song.

Meanwhile M.anifest stated that, the biggest misconception about him is that he uses big English.

According to M.anifest, he spoke on my drive on CNN because people had the notion that he always uses big English in his songs. Even when he spoke on CNN he still used Big English to express himself.

M.anifest style of rap with grammar can confuse people chaley. His creativity, grammar and the level of energy he puts into his music makes people like him. His songs are good, nice, full of motivation and solid bars. His flow is just unique. 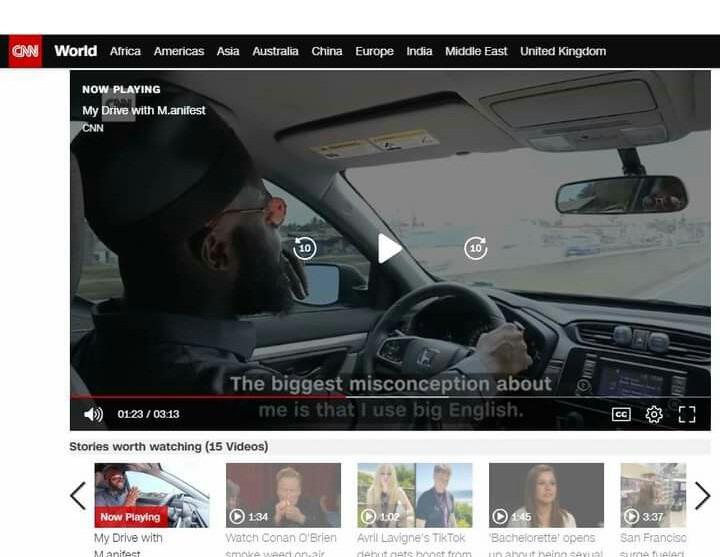 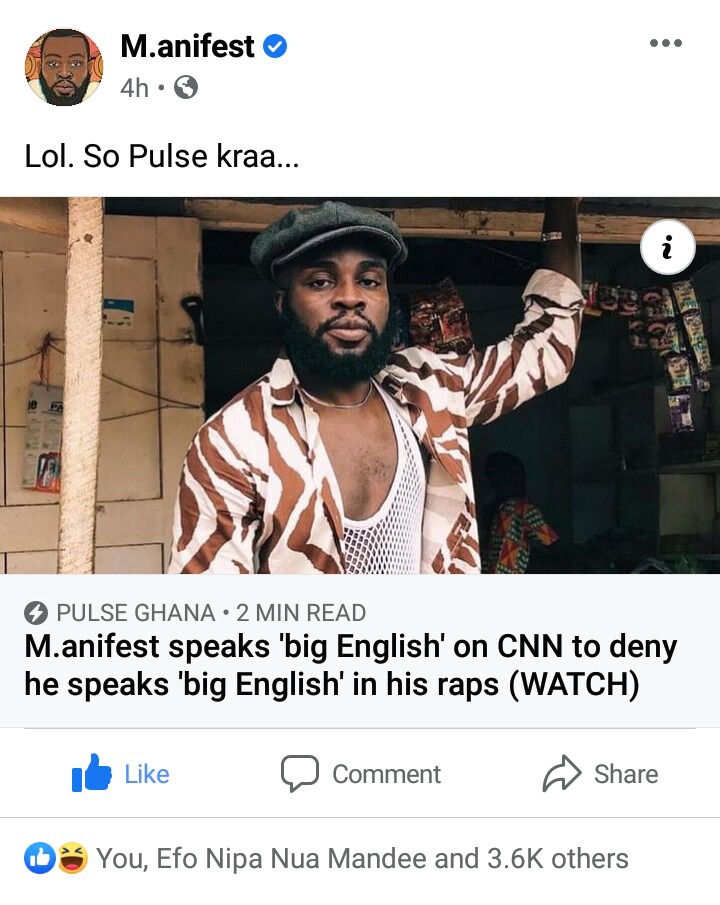 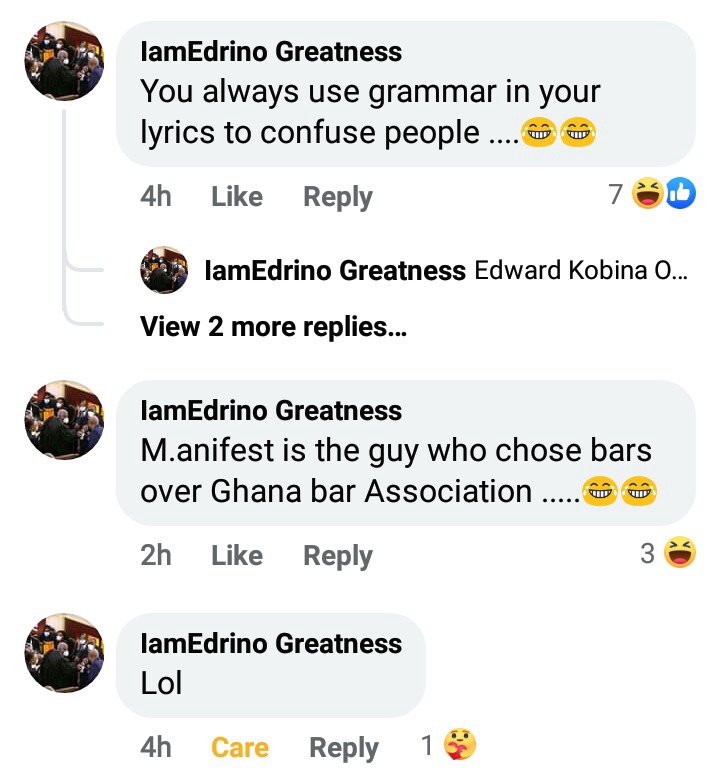