Efia Odo who have been an activist and convener for fix the country campaign today went to court to hear the ruling.

However, the celebrity and colleagues for the fix the country will never give up on the campaign because they are tired of talking on twitter but ever ready to hit the streets.

The reason for their arrest was unkown and they have to stay with the police for hours before they were finally granted bail. 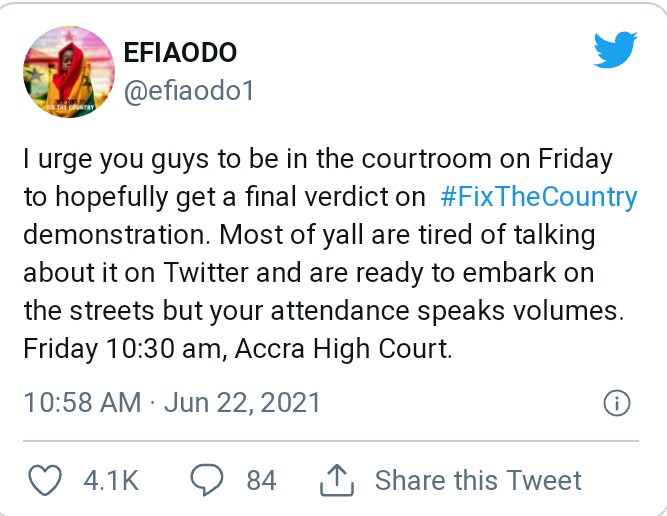 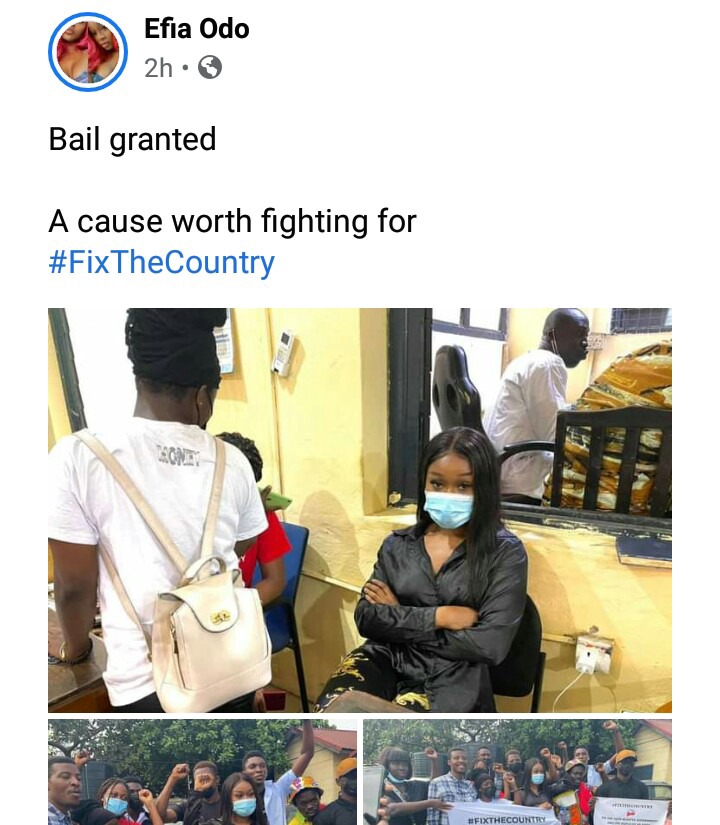