TV3 hosted it’s love reality show program date rush finale on 4 July 2021. The contestants on the show were all prepared for the grand finale.The event was hosted by TV presenter Giovani Caleb and Anita Akua-Akuffo.

However, fans of date rush were also waiting patiently for this moment to see their best contestants win the grand prize. In attendance were lovers, fans and well known persons.

Meanwhile, TV3 gave awards to the various contestants on the date rush grand finale for their efforts. The program was so nice which also had some guest Artistes who performed live on the show which includes Mr. Drew, Kweku Darlington, S3fa,Tilly, HD and Derby.

The best couple went to Grace and Dzato for being the best among all the contestants. They now hold the title for the best couple of the year 2021 on date rush.

They were given a trip ticket to Dubai.We were all moved by what happened yesterday. The now hold now a new record for date rush season 5.

They got an all expense paid trip to Dubai! Congratulations once again 🎉🎉 #DateRush 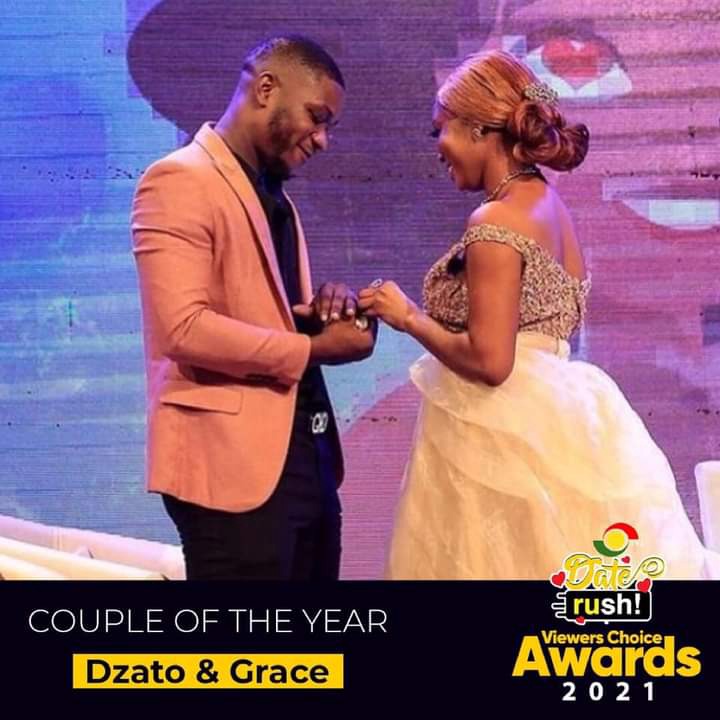