Meanwhile, Ghanaians wondered why Mali decided to give a livestock animal to the top socorers after the tournament ended. Two Players were awarded a prize that is a cow and sheep respectively.

According to a social media user, that is the Ballon D’or of Africa. The golden boot was replaced with a cow and the second runner-up received a sheep.

Most people were shocked to see this for the first time happen in African football tournament.

It looks like the second runner-up wasn’t happy with the prize and the expression on his face showed it all.

Oh Africans are full of surprises and you cannot never predict them. To give a player after a tournament a cow and sheep as a prize for what specifically? It looks like the second runner-up player was very disappointed and not happy.

You’ve got to love African football. 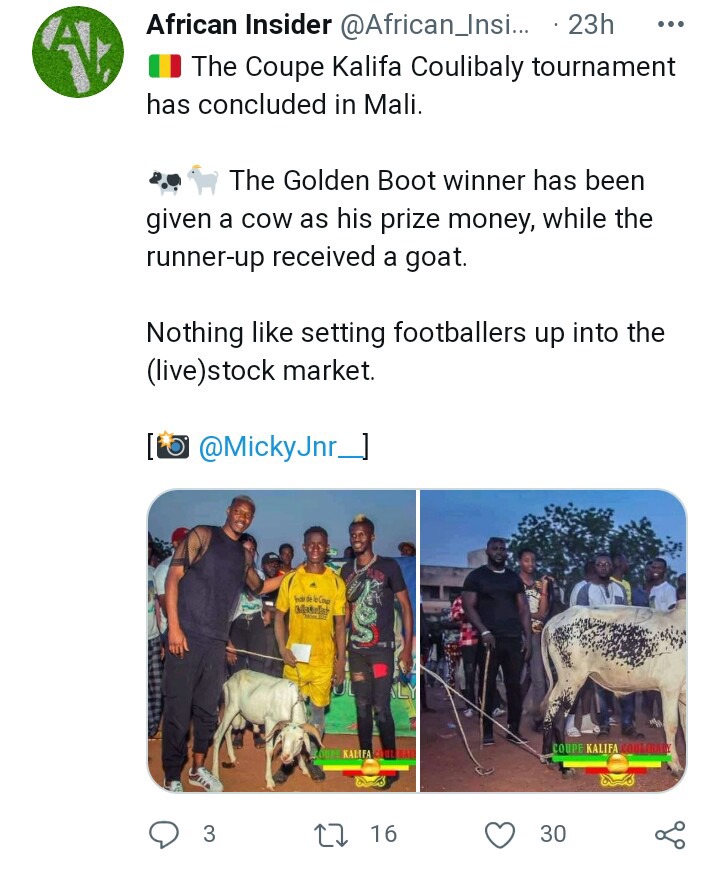 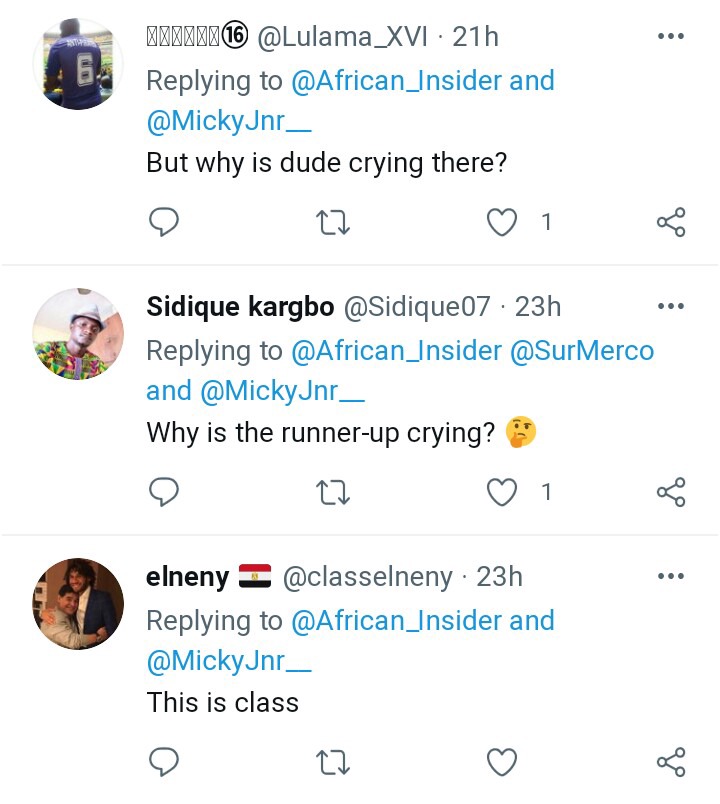 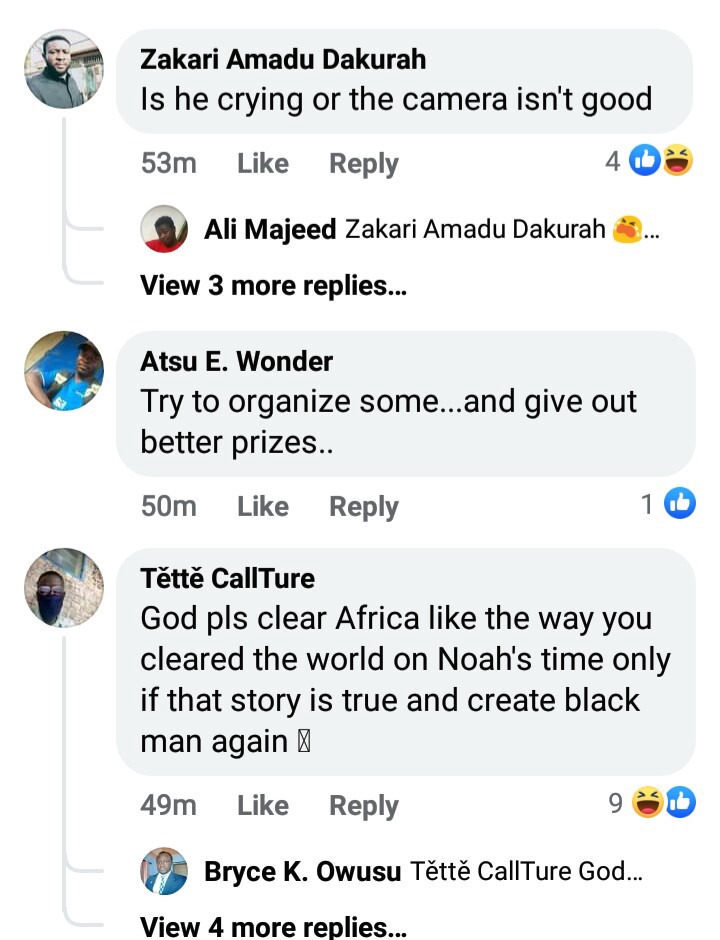 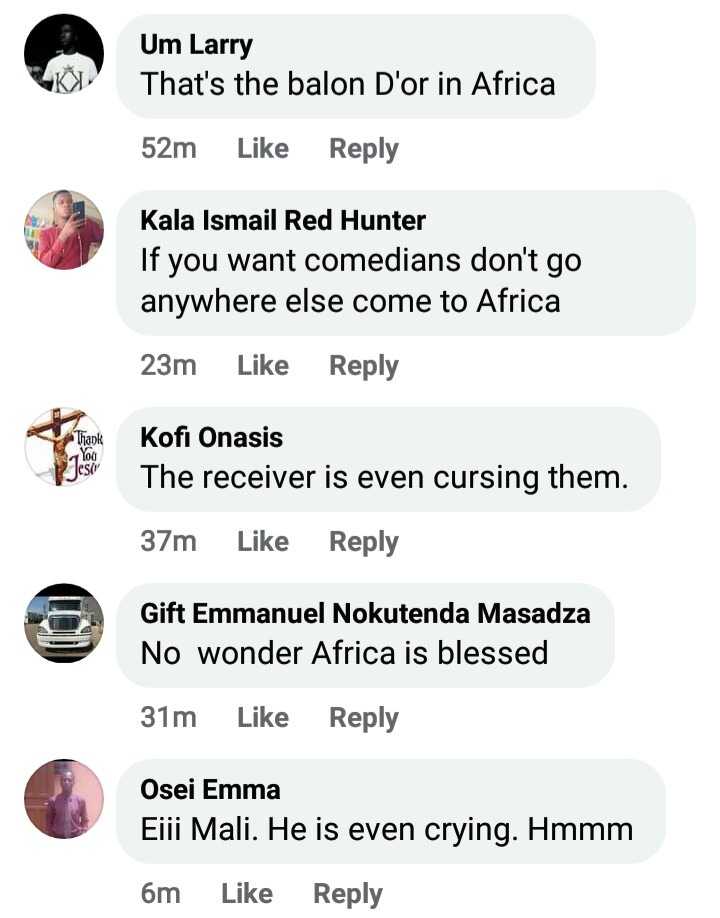 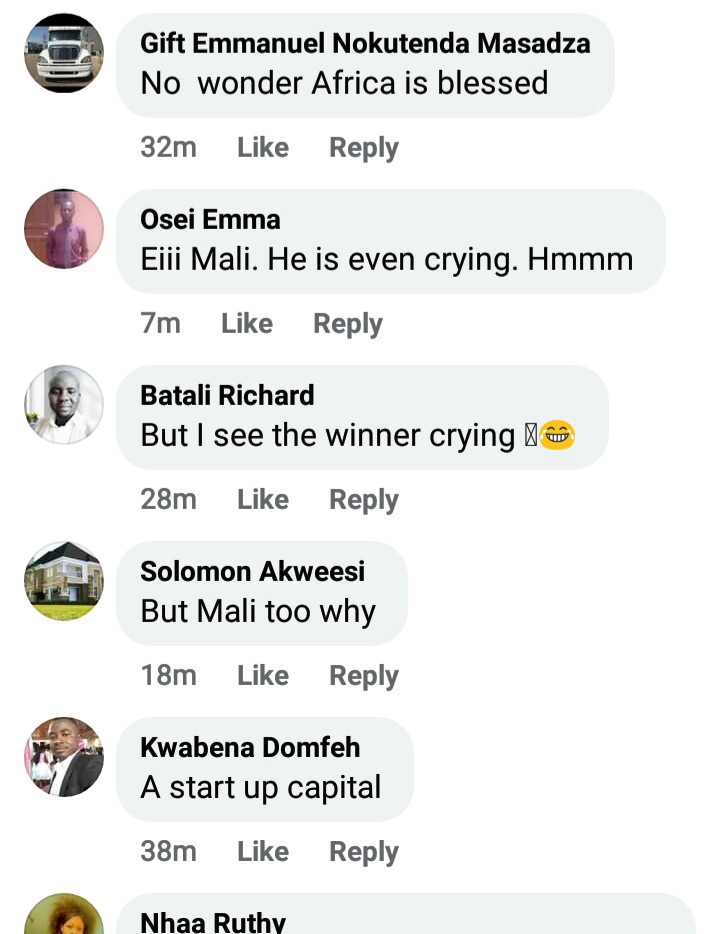 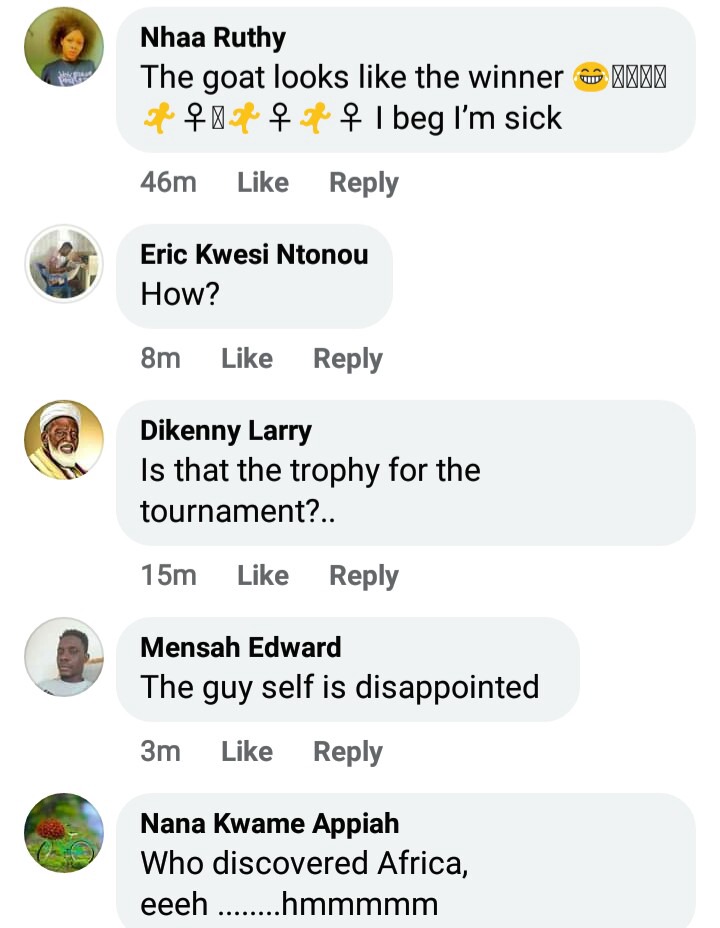