However, social media users have reacted to him for saying they should build a monument for Asamoah Gyan.

Meanwhile, we strongly disagree with Samuel Anim Addo. We should ask him whether if a monument was built for some past captain’s of the blackstars who could hold the National Team of Ghana together.

According to these social media users, some of the past players did even more better than Asamoah Gyan but nobody have asked for a monument to be built for them.

Asamoah Gyan doesn’t deserve any monument because of the poor leadership he brought to the National Team as a captain. The likes of Abedi Pele, CK Akunnor, Stephen Appiah and John Mensah maintained the same love of football for Ghanaians but he (Asamoah Gyan) couldn’t maintain the same love.

If legends who came before Asamoah Gyan didn’t get any monument then it should be the same for Asamoah Gyan because he hasn’t even won any trophies for Ghana. The love of Ghana blackstars died because of him.They added. 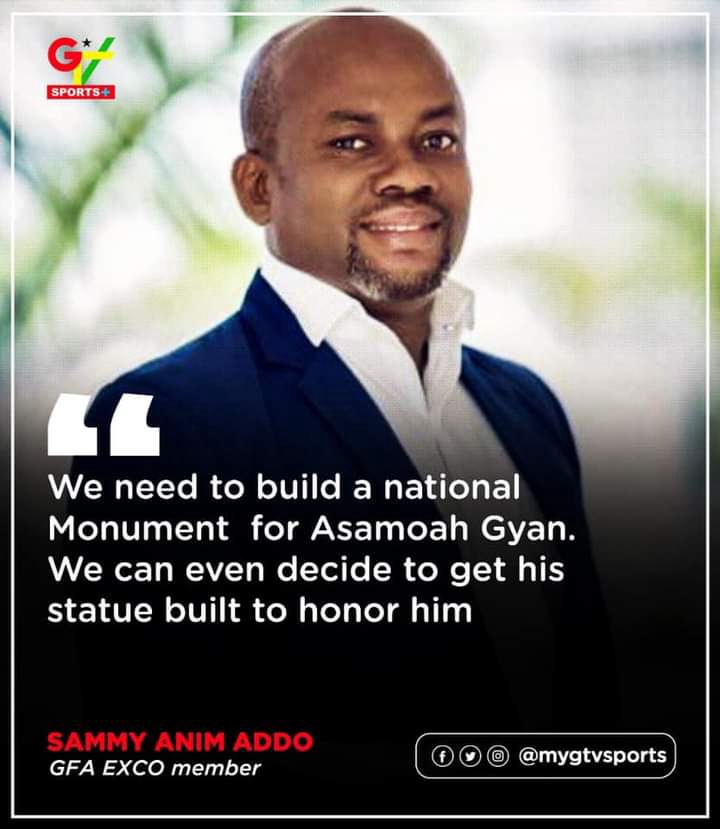 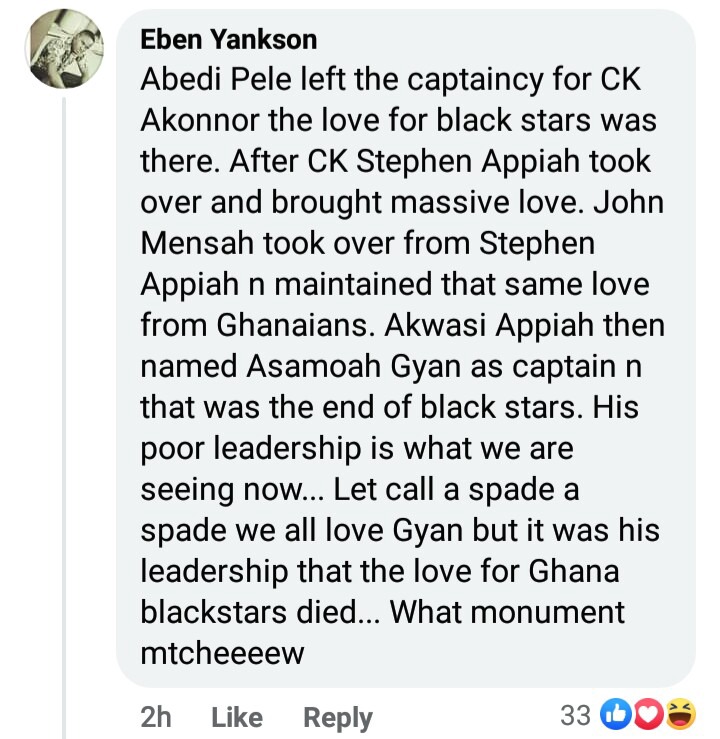 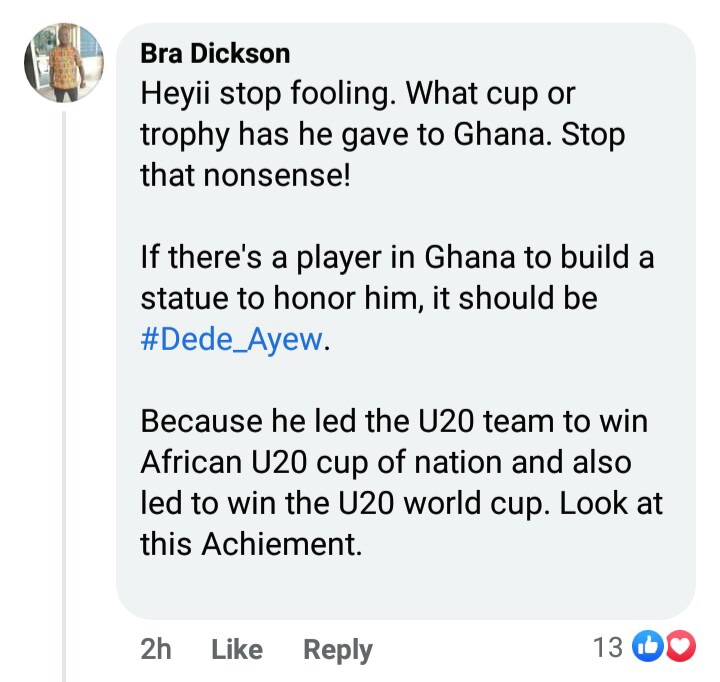 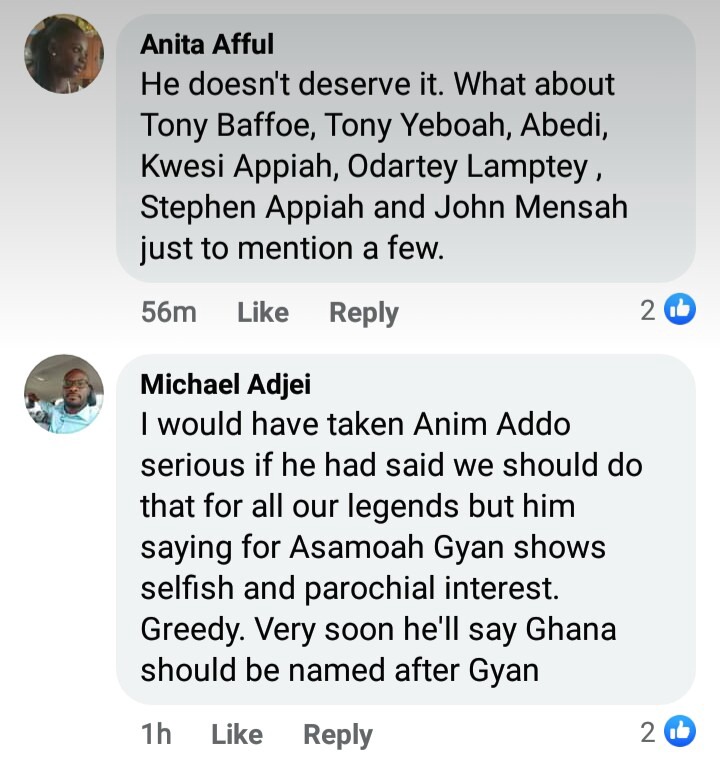 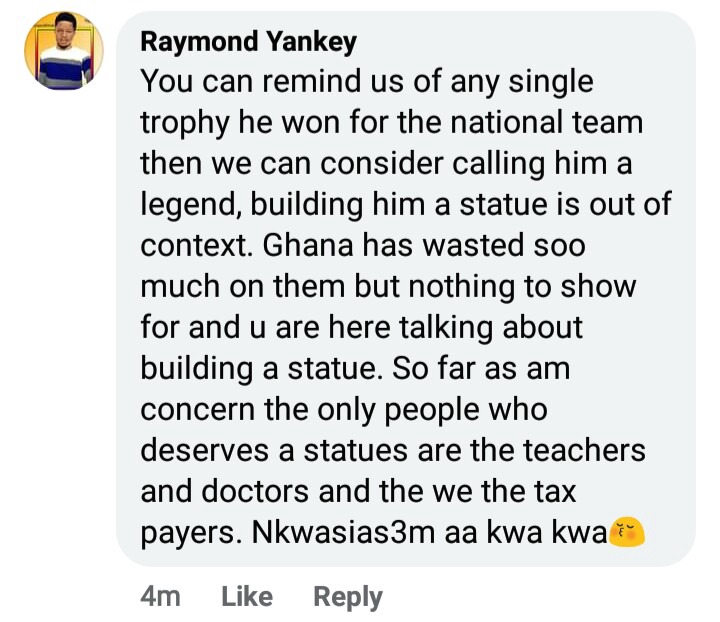