Just recently that armed robbers attacked a bullion van and killed a policeman. Another bullion van have been under attack on the okeyere winneba road.

However, the armed robbers targeted the bullion van which was moving on the Okyereko Winneba-Accra road.

Meanwhile, the Central Region police saved the day from letting the armed robbers having a successful operation.

All the passengers on board the bullion van escaped from the vehicle to save their lives as the armed robbers fired shots at the van.

The police patrol team upon arrival at the scene battled in a gun fight with the armed robbers to save the passengers and property on the bullion van to safety.

Then the police patrol team called for backup and reinforcement that made them save the van from it being robbed.

According to reports from the police indicated that the police escort noticed the unusual movement of the robbers asked the driver of the bullion van to speed off and there was a gun shot fired at the passenger seat through the side glass window where the police escort sat.

The bullion van is at the Winneba police station for further investigation. 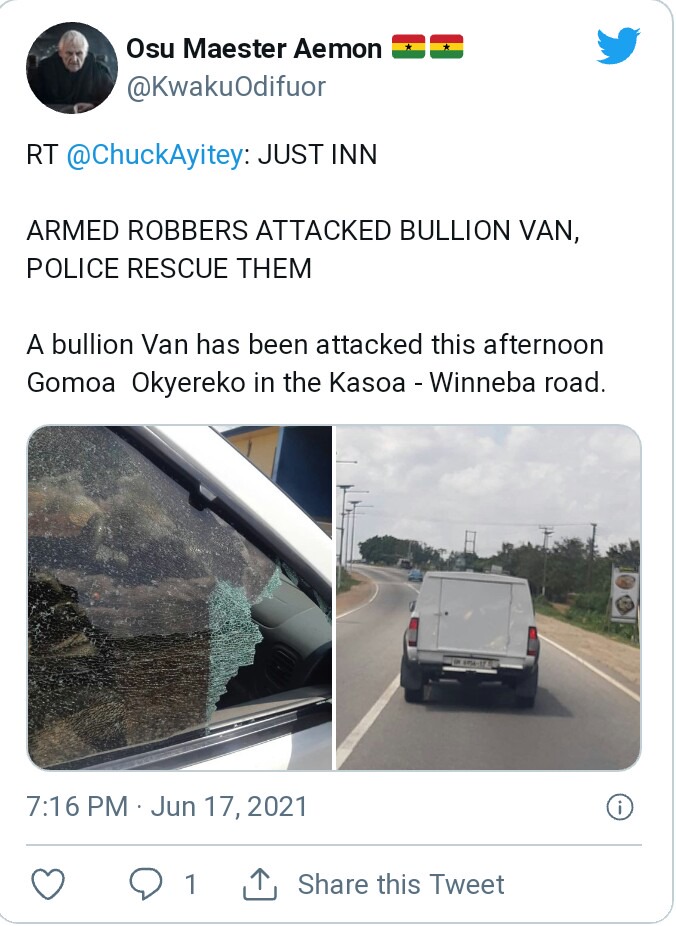